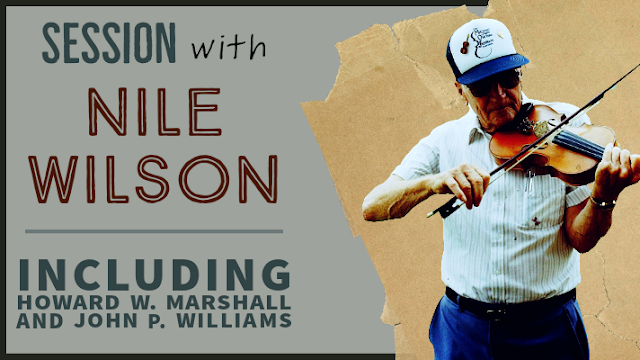 It's pretty well known to the followers of this blog that Nile Wilson was a very important figure in my life during my formative years.  Throw Howard Marshall into the mix and you have two of the most important folks that have inspired my playing, repertoire, and interest in the history of Missouri old-time fiddle music.
As I slowly go through my collection of cassettes to digitize and entrust them to the cloud I came across a really special session with Nile and Howard.  Howard Marshall always had a tape recorder going and he was always diligent on getting them sorted, the tune lists typed out, and then sharing them.  This is one of those special occasions caught on tape thanks to Howard.
January 31st, 1999.  Howard and I loaded up that Sunday afternoon to visit with Nile Wilson at his home in Bucklin, Missouri.  I'm forever thankful that Howard had brought his cassette recorder and camera that day.  Nile, (the always generous and thoughtful gentleman that he was) passed on an old fiddle to me that day that had once been passed on to him.   The deal was that I had to promise to pass it on to another deserving fiddler one day.  Promise kept!
The following audio is uncut, unedited, and an intimate two hour listen into our session that Sunday afternoon.  There's talking, there's tuning, there's a few fiddle tunes we might have butchered.  Most importantly there's Nile Wilson at his most comfortable, playing tunes at his home with friends. (I was 16 when this session was recorded so be kind when you're judging how bad I bobbled through some of the tunes!!) I would also like to give attention to Howard's tasteful banjo backup on this recording.  Not only is he a phenomenal fiddler (2021 Missouri State Champion and National Champ!!), he can backup fiddle tunes on banjo, guitar, or mandolin with the best of 'em!
For those interested in reading more about Nile, there are several resources online to give you some history about Mr. Nile Wilson.  Here's a nice article (<--- click!) written by Howard that's posted on the Missouri Traditional Fiddle and Dance page.

You can also pick up Howard's 2012 book, "Play Me Something Quick and Devilish" for an even more in depth read. 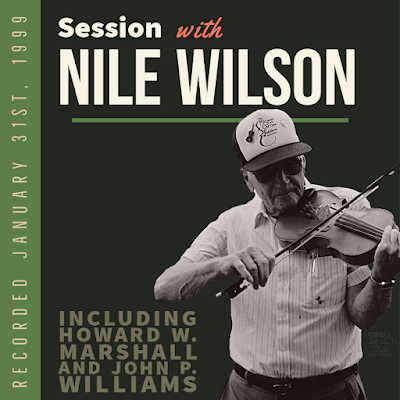 Below are the cassette inserts that Howard typed up that list the tunes, most of the titles are announced on tape though. 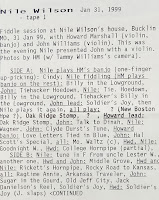 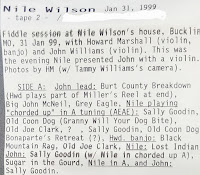 A special thanks to all of you who follow me at my niche corner of the interwebs.  I always appreciate feedback, comments, stories, emails, and how I can improve things here.  You can email me at BrokenBowFiddleCo@Gmail.com or find me on Facebook here! 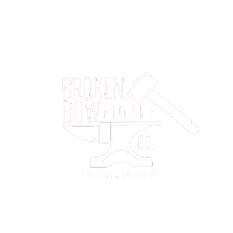