I've only recently learned of northern Arkansas great, Donald Combs, after picking up one his LP's on a whim at my favorite record shop.  The selection of old standards recorded was enough to take a gamble.

I've asked around, Googled, and read up on the small amount of information available on Mr. Combs.  Some have said that I have an obsessive personality, I'd like to think I'm just curious and want to learn as much as I can!

From what little information is out there, Donald Combs was born in 1921 in northern Arkansas and was quickly indoctrinated into old-time fiddling, learning his first tunes on a cigar box fiddle made for him by his uncle.  His formative years were spent out west quenching his thirst for fiddling.  A young, skillful, and eager fiddler was able to rub shoulders and play music with the Farr Brothers (of The Son's of the Pioneers fame), members of Bob Wills and the Texas Playboy's, and the little known but equally great, Ole Rasmussen and the Nebraska Cornhuskers.

"Ole Cotton" was probably the first generation influenced by the Golden Age of Radio and it shows in his playing. A native Arkansas fiddler with a beautifully perfected blend of Midwest, Texas, Oklahoma and Western Swing. It doesn't get much better in my opinion.

I'm dying to learn more about "Ole Cotton" from Fayetteville, Arkansas and hear some more of his recordings so please leave a comment, email me, find my on Facebook with anything you may have.

Thanks for taking the time to read my "fiddle obsessed" ramblings.  Check out his album, "My Fiddle and I - Vol. 1" by clicking HERE.  I do not own the rights to this recording, I'm simply sharing the wealth in hopes other fellow fiddle nerds will have a chance to hear this great fiddler. 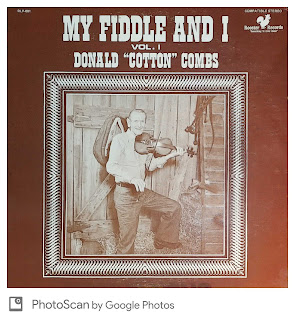 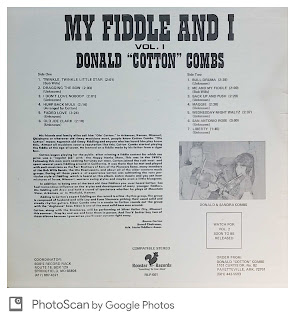